“When the sun dropped behind the lower clouds and the evening sky began to darken, something happened that was so profoundly unexpected, it shocked me into a new level of awareness and understanding.” -Karah Pino

My first year at the University of Washington (UW) in Seattle, I commuted by foot over the Montlake bridge to attend undergraduate classes. The Montlake cut connects Lake Washington to Portage Bay and the bridge is a double leaf bascule bridge that raises in the middle to allow tall masted boats between the bodies of water. I had moved to Seattle from Santa Fe, NM after high school. The smells of wet earth were intoxicating and a landscape defined by water astounding to me for the first years I lived there. 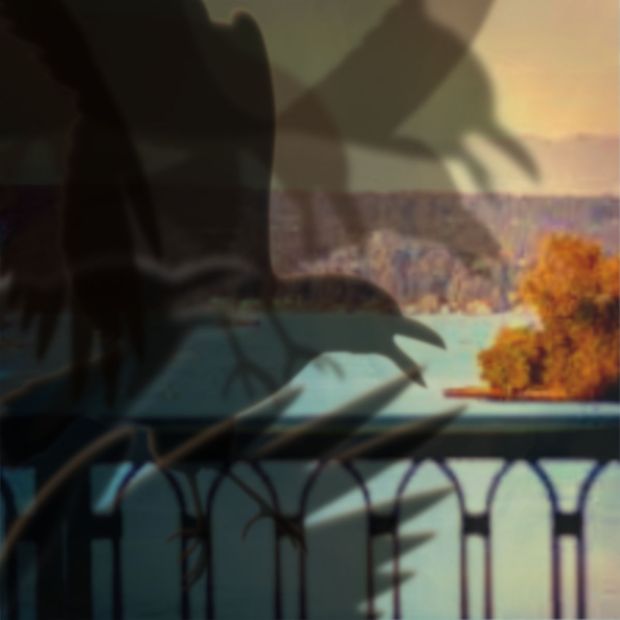 One trip across the cut was during a rare spectacular sunset and the rising bridge stopped me at the pedestrian platform at the north end of the bridge. While waiting, I gazed east at the wetlands and Foster Island, the north end of the UW Arboretum. The setting sun had dipped below the stratus clouds in the west and illuminated them from below all the way to the eastern skyline across the lake. It was Autumn and the leaves of a giant maple tree on the island were beginning to fall. A slight breeze was stirred by the moving water and I strongly smelled the drying leaves and the microbes of decay from the fading summers growth.

I marveled at the height of the tree glowing in the distance and wondered in amazement at the size of the leaves dancing in its branches. The trees and wetlands and water flowing under the bridge vibrated with life in a way that constantly surprised me as a desert dweller. I had seen many sunsets growing up in the Sangre De Cristo mountains with a hundred mile vista of the desert and I considered myself a connoisseur. I had found solace and comfort in the silent permanence of the surrounding geologic formations that framed the desert sky each evening. Distant mountain ranges illuminated by the vast dome of deep blue sky contained all matter of cloud formations that glowed in hypersaturated colors during the evening hours.

The Montlake bridge lowered again and the sounds of traffic picked up behind me. I stayed at the waiting area at the north end of the bridge, watching the leaves moving in the distant tree as the sky shifted from dark red to purple. The glow of sunlight after so many days of rain heightened my awareness of the myriad of changes taking place in a landscape defined by monumental deciduous trees rather than by staid evergreen scrub.

When the sun dropped behind the lower clouds on the western horizon and the evening sky began to darken, something happened that was so profoundly unexpected, it shocked me into a new level of awareness and understanding of this new world around me. Perhaps my shock was in part due to my trust in the steady consistency of the desert I had known. Or maybe it was a result of my expanded openness to the moment I was observing, but the event I witnessed next held me in an infant-like experience of newness and wonder.

The darkening sky still held a shade of deep purple that marked the end of that evening’s sunset as the leaves danced on the distant tree. There was just enough light still slipping through the branches to distinguish the sky from shadow. Without any indication by sound or a rising breeze, all at once, hundreds of leaves lifted momentarily in the branches of the tree and then fell heavily, scattering in all directions.

My mind, shocked in amazement, whirred with calculations of all preconceived possibilities that could explain what I was witnessing. I gasped and felt my heart stop beating as time slowed. I gripped the concrete railing to steady myself as the entirety of my awareness was absorbed in the fluttering motion of the scattering leaves. They twisted and twirled, seeming to spin in a heavy wind blowing through the tree.

But this strange wind only seemed to be affecting this one single tree. And the way the leaves were spreading made it seem that it was blowing from inside the trunk, pushing out in all directions. I watched breathlessly, held fascinated by a permeating curiosity at what would happen next.

The darkening shapes continued their outward momentum from the tree, but after their initial heavy fall, they slowed and seemed to lighten. Some lifted as they spun away. As they gained distance from the branches, I noticed that the random black shadows became more organized. Clusters seemed to be gathering together and moving in the same direction. Some continued to rise even higher in the horizon.

My surprise mixed with alarm as I watched one group moving toward me. The fluttering, spinning movements became rhythmic and steady as they approached. They seemed to be alive. An instant of recognition registered in my mind and confused wonderment coalesced into concrete awareness. I smiled wide as the shadow shapes rose higher to crest over the towers of the bridge. As the band of crows soared overhead, I laughed aloud, both in relief and in amazement.

Over the next years, I spent many sunsets with this tree. Sometimes, I walked along the maintained path through the wetlands onto the island to experience the cacophony of crows in close proximity. On days when I arrived early enough, I witnessed each band of crows arriving from different directions to alight on the branches of the enormous tree. By the time the sun had set, hundreds of crows had gathered from all directions to share commune in the waning light. And each evening, once darkness began to spread across the sky, they would rise together in a synchronous farewell before scattering once again.

Each of these evenings I was reminded of that first encounter with the crows of Foster Island. In each of the 5 other places I lived in Seattle, I observed the crows head to Lake Washington as dusk approached and was reminded of that sunset. The moment of awakening had been so penetrating that it pulsates anew even with the memory of it nearly 25 years later as I scribe this story.

Sometimes the moments seem overwhelming or insurmountable and it can take time to realize how our lives have been changed by them. A car accident, the death of a loved one, a national tragedy, the birth of a child, and then the eventual realization that our concept of ourselves, our best laid plans and our daily life will never be the same.

I had the wonderful opportunity to spend an hour making Land Art with preschoolers at the Fiddleheads Forest School in the Arboretum with my son’s outdoor class.

The excitement of their motivation to make these works and their careful placement of objects was so inspiring!

This collage represents a lot of my personal history.  I was on the chess team in grade school, making it to the state championships in my 6th grade year.  I used to blame my dad for my obsessive game play, but I eventually recognized that while he did introduce me to the game, he certainly didn’t make me play 10 games a day with my brother or team mates.  I loved to play.  Winning was nice, but mostly, I enjoyed an interesting game.  It was my first form of meditation and mental training.

Later, after I abandoned the dreariness of early college science classes for the playtime of Art, I discovered the power of fire through blacksmithing, eventually taking an apprenticeship with Stoker Forge in Santa Fe, NM.  This 6 months was a whirlwind of intricate metallurgy and oozing black mucous from the smoke of the coal forge.  It was during this time I played and won my final chess game with an overzealous intellectual from the Los Alamos National Laboratory.  I say it was my final game because I decided then to abandon zero sum games entirely.

My father bought my son a beginning chess set for his 4th birthday and he pulled it out recently.  I showed him the basics of the game, how the pieces are set up, how different pieces move and how captured pieces are removed from the board.  Mostly he enjoyed the clacking of the pieces interacting directly and the game quickly devolved into a melee.

Throughout my life, I have always had a deep connection with the Natural Order of life on this small blue green rock floating in space.  While I have a deep faith in the powers of human creative ingenuity, I have watched for 4 decades a continuing pattern of destructive decision-making perpetuating suffering for the living beings who dwell in this place.  It is troubling and confusing.  And yet, with the training of Vipassana Meditation and QiGong, I am able to come into contact with the miracle of peace and love that emerge between the dysfunctional thoughts and actions of my fellow man.

When we play with the spark within our own hearts, we are in perpetual collaborative game of life.

I am the one who is illuminated by celestial grace, bounding between the stars.

What I give to you is the freedom to rest in trust of the majestic structure of the divine universe.

What I want from you is to joyfully surrender to the cosmic joke, dancing between dimensions.

How you will remember is by noticing how the light shines from within the weightless space between.